Out of Town Style: Jessica Fletcher 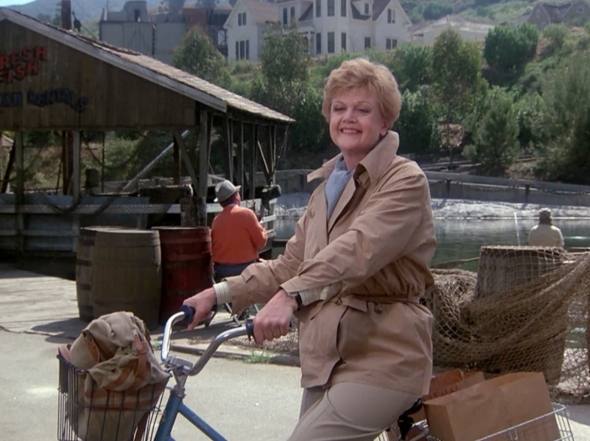 In honor of the start of Spring, Cycle Style Boston took a little trip downeast to the quaint Maine seaside village Cabot Cove, where we caught up with its most famous and cycle-stylish resident, the mystery writer Jessica Fletcher. Despite the idyllic scenery, Cabot Cove has a dark side: it has a ghastly high murder rate. END_OF_DOCUMENT_TOKEN_TO_BE_REPLACED 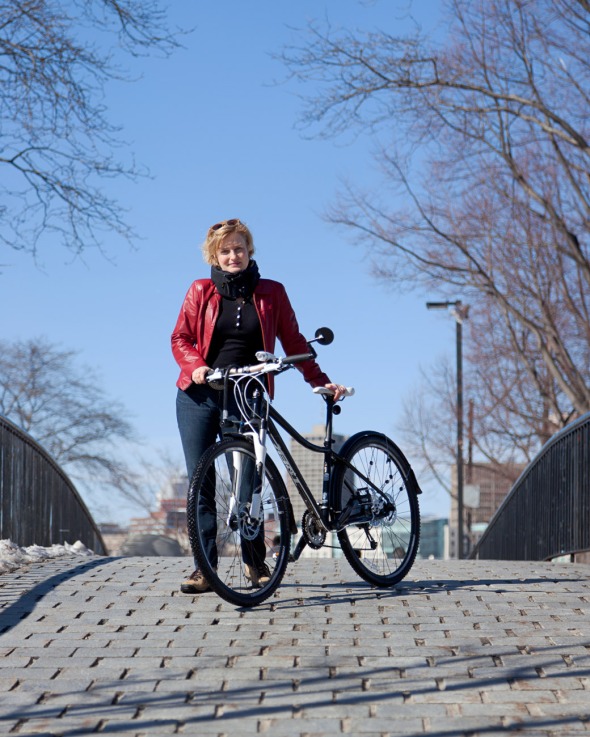 Sometimes your friends in the bike community hook you up with cool people to feature on your blog.

Such was the case when my friend Greg Hum recommended I talk to Kati Reusche, a colleague of his who happens to own one of those “invisible helmets” you’ve probably heard about. It’s called a Hövding (pronounced something like “hoov-ding). If you haven’t heard, this Swedish designed product is like an airbag for your head that detects when you’ve been in a collision and inflates automatically to protect your gray matter.

Originally from Germany, Kati works at Boston University and rides her bike from her home in Beacon Hill to work most days throughout the year. After our photo shoot, we caught up via email for a little Q & A. END_OF_DOCUMENT_TOKEN_TO_BE_REPLACED

Based on his love of winter bike riding, you might not guess that Peter Cheung was born and raised on the tropical island of Aruba. Before bicycles, Peter’s two-wheeled obsession was motorcycles. But after what he says were “too many speeding tickets and eventually getting a motorcycle stolen,” he was drawn to bicycles.

For Peter, a Jamaica Plain resident who rides year round but only occasionally commutes by bike to this workplace in Revere, his biking roots run deep. He owns two road bikes and one mountain bike, and is the Lead Safety Marshal for Boston Bike Party. 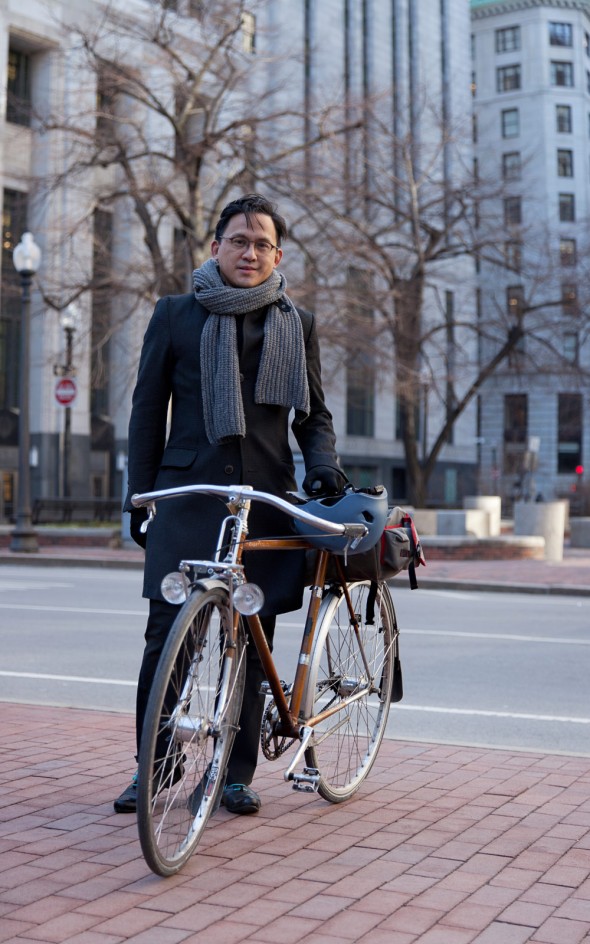 Cambridge resident Cris has nailed the art of staying stylish while riding through the winter.

He works downtown at Safari Books Online, the digital library for Pearson Education and O’Reilly Media, where he manages their software engineering teams. We caught up for an email Q & A after the photo shoot, in which Cris talks about riding at night, staying warm the stylish way, and the fallacy of “waterproof” clothing. END_OF_DOCUMENT_TOKEN_TO_BE_REPLACED 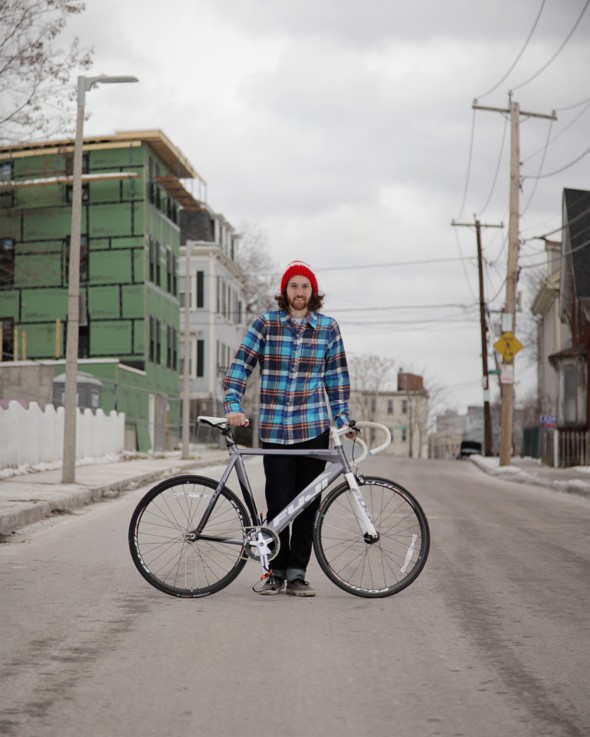 Aaron is a graphic designer and illustrator who lives in Mission Hill and works at tech firm in Kendall Square. A lifelong enthusiast for all things bike-related, Aaron had a lot to say about the utility and pleasure of riding a bike: END_OF_DOCUMENT_TOKEN_TO_BE_REPLACED 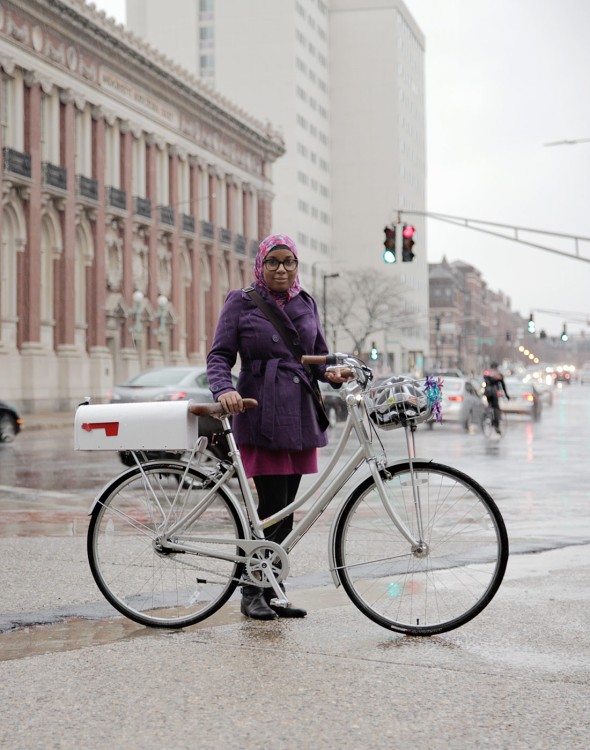 This is Najah Shakir, Program Manager at Boston Bikes, the City of Boston’s bike department. During the warmer months, you will usually find her riding Hubway to work and around the city, but until the system gets running year round — an idea Cycle Style Boston fully endorses — she rides her Globe Daily 3-speed in the off-season. We caught up with Najah recently for a little Q&A about her work and biking in Boston. END_OF_DOCUMENT_TOKEN_TO_BE_REPLACED 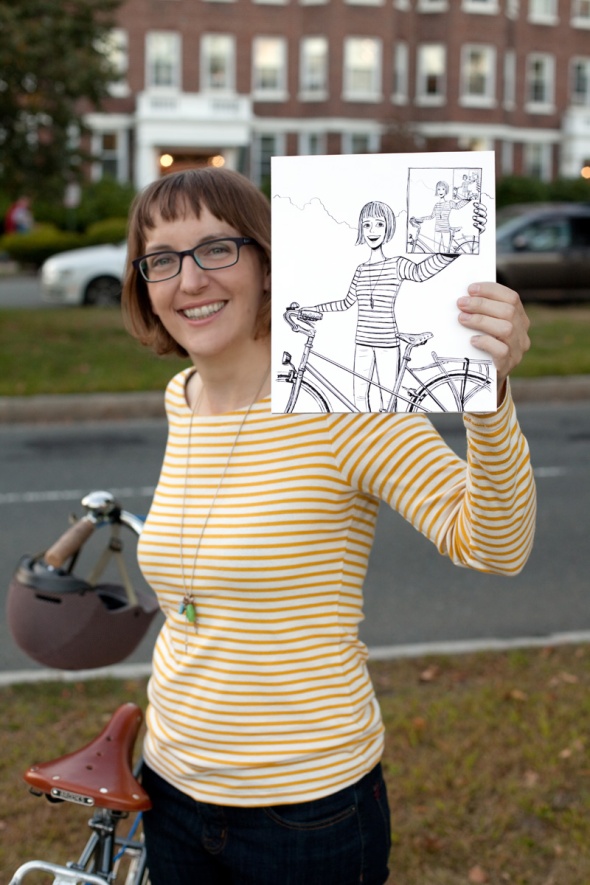 Readers of this blog may remember my earlier feature on Bekka Wright, the artist and creative force behind  the witty, imaginative  and popular blog Bikeyface. Earlier this year, my friends over at Momentum Mag got in touch about doing a photo shoot for their BikeStyle series featuring Bekka. The premise? To show Bekka with a drawing of her character, the protagonist of the Bikeyface cartoons. This photo appears in the current issue of Momentum Mag, currently on the shelves. Go pick up your copy today! Here are a few outtakes from the shoot. END_OF_DOCUMENT_TOKEN_TO_BE_REPLACED 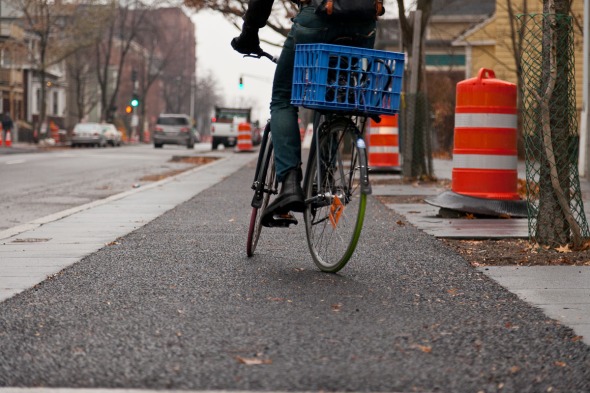 Residents of Cambridgeport have been putting up with construction along the length of Western Ave for over a year now. Finally there is a light at the end of the tunnel. After doing major utility work along the corridor, construction crews are starting to put the street back together. But what was once a wide, highway-like roadway cutting through the neighborhood will return as a human-scale city street. The design maintains two lanes of one-way traffic going westbound and parallel parking on both sides of the street, but moves the bike lane up onto sidewalk level where people riding bikes will be protected from roadway hazards like double-parked cars, aggressive drivers, potholes, and opening car doors.  END_OF_DOCUMENT_TOKEN_TO_BE_REPLACED 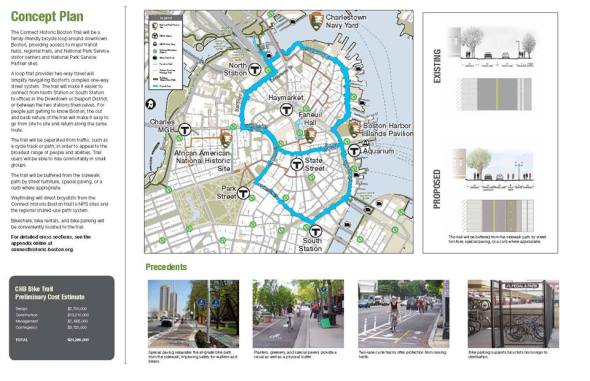 This is a potentially game changing week for making proposed bicycle infrastructure improvements a reality in downtown Boston. For those not already familiar, Boston recently received a TIGER Grant from the U.S DOT to make some major streetscape upgrades in and around downtown. The project, called Connect Historic Boston, calls for a family-friendly, bi-directional bike loop protected from car traffic that will provide residents and visitors a safe route into and around downtown and the North End.

This week, two major public meetings are happening to get community input on two important sections of this proposed bike route. Here is a rundown:

With more people riding bikes in Boston everyday, and more to come, bicycle advocates are encouraging high turnout for both meetings to make sure these needed safety improvements get built. 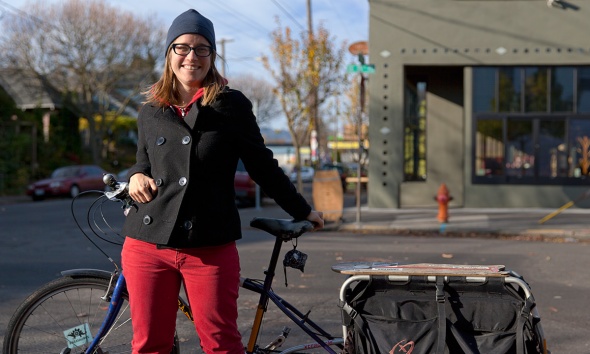 Elly Blue is a bike activist, blogger, and publisher extraordinaire based out of Portland, OR. I was already familiar with her blog/zine series Taking the Lane, which covers issues around equity in cycling, but recently got further acquainted with her work after picking up a copy of her latest book Bikenomics at Brookline Booksmith (it turns out this was a fluke, as the book hasn’t even been published yet. Nonetheless I am a beneficiary of this happy mistake). When I was visiting Portland last week, we met up for coffee to chat about the cycling scenes in our respective cities, her upcoming tour of the East Coast in Spring 2014, and just generally geek out about cycling. She was kind enough to let me get her photo as well. Elly owns a few bikes, but on this particular day she was riding a customized mountain bike outfitted with an Xtracycle cargo trailer.